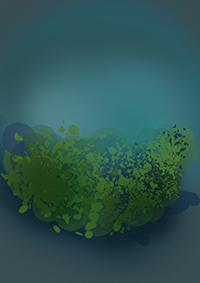 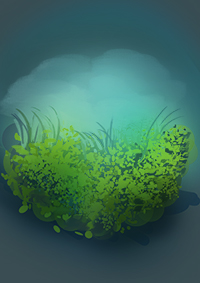 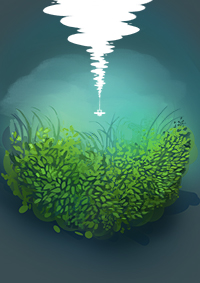 On the morning or the night before he took off on his final flight to his death on July 31st in 1944, Saint-Exupéry wrote two letters, one addressed to his mother, the other to his friend, Pierre Dalloz. This quotation is the last line of the Dalloz letter, in which Saint-Exupéry spoke of being too old to be a fighter pilot and his spiritual isolation.

For Saint-Exupéry gardens were evidently a great symbol for integrity in life. This is the reason why this illustration depicts no water, even though he may have made that final crash into the Mediterranean.

The aeroplane silhouette in this illustration was drawn to match that of a Lockheed P-38, which was the model Saint-Exupéry flew and therefore crashed in his last flight. 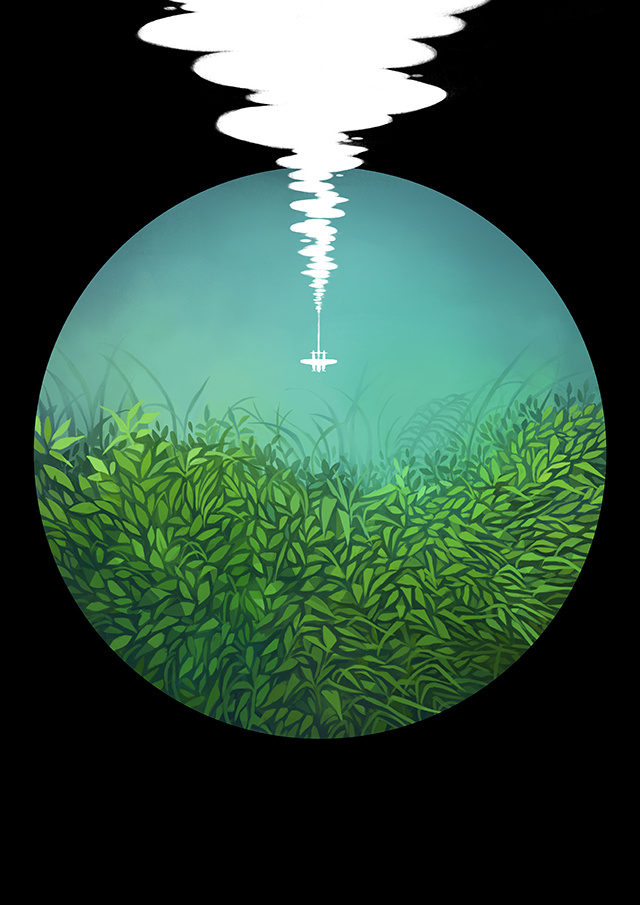 If I’m shot down, I won’t regret anything. The future anthill appalls me
and I hate the robot virtues. I prefer to be a gardener.